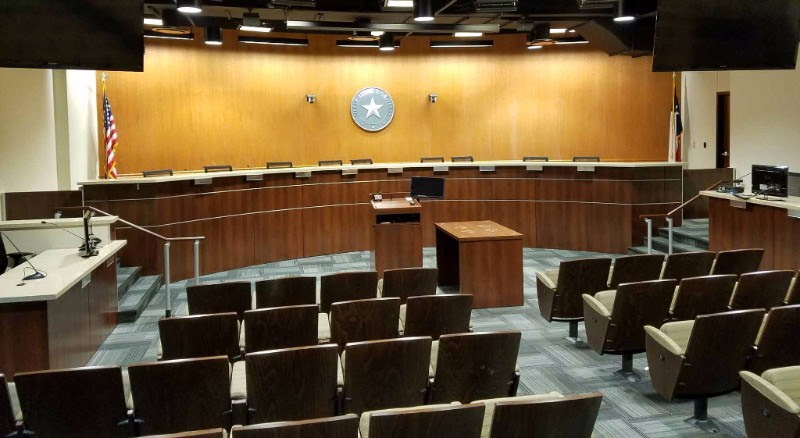 Being seen by the Round Rock Council

I was pleased to get an invitation on Tuesday to be seen by the City Council.  It was rather quick as it was to be hung in two days.  I am not sure they actually want to see me, but my pieces are to displayed in the Council Chambers through September. 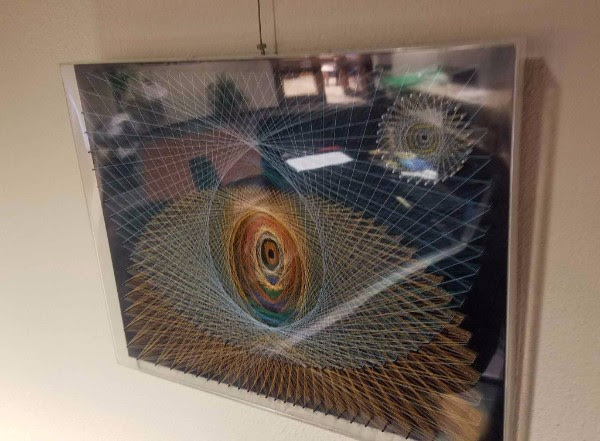 The lighting was not the greatest for something so dark, but you do get a great reflection of the Chambers off of “Midnight Beach”.

The large circle is new, called “Covered Lace”  and the one in the back is an older piece called “Chess”. 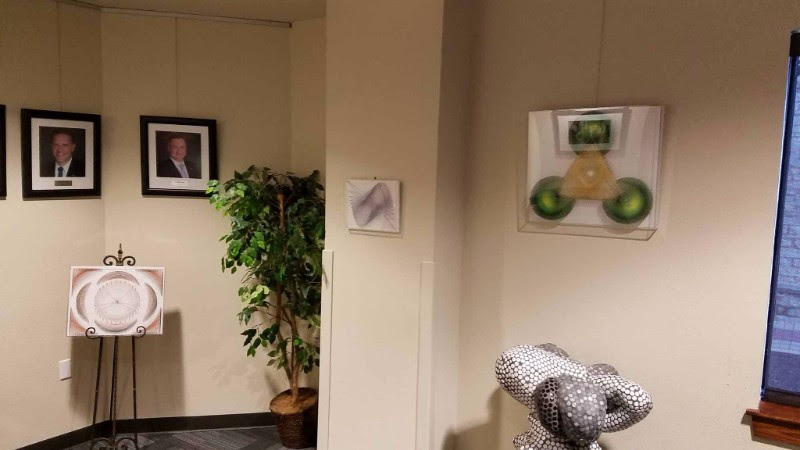 Two of my favorites are by the door.  The green and gold, “Try Honored” to the right and my most recent, “Sun Dogs” on the easel.  The small piece in the center won 1st Prize at the Dougherty Art Center in 2014.  “Sun Dogs” deserves a closer look as the finer elements are not viewable in this shot.

With few exceptions, each design can be reproduced with a different color background and/or a different selection of thread colors.  Though the proportions are usually considered set, the overall size is somewhat flexible. (Click on Photo for Closeup and Additional Info.  Click on the image there for a higher resolution image.)